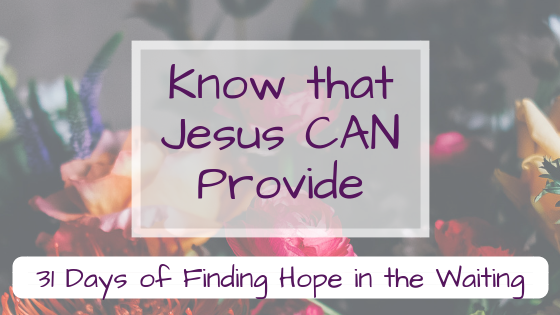 Last time we talked about recognizing the blessings and provisions that God has poured out in our lives. Sometimes we can get so caught up in the need of the moment that we forget the times that God has provided in the past and how blessed we truly are.  As I was reading through the book of Mark during my daily bible time, I made the observation that even the disciples were prone to forget who Jesus truly was and what He could do.   Here are some things I noticed when I was reading through the following familiar gospel account.

Jesus provides food for the multitude

Do you remember the true account of the feeding of the 5,000? Jesus was in a secluded place and five thousand men, not to mention the women and children, had followed him, desiring to hear his teaching and hoping for healing.  It came to be evening and the disciples were concerned about how this multitude was going to eat.  When they came to Jesus about it, He responded, “You give them food.”  In disbelief, they tried to find solutions.

Should we buy food? Six months wages wouldn’t be enough!

Should we send them away to buy food? Hmmm.

Andrew had found a boy who had 5 barley loaves and 2 fish. They were thinking, “No way this will feed all these people!”  But they brought him to Jesus anyway as their only solution.

Then Jesus did the unimaginable — he had everyone sit down and He prayed to bless the food.  He started passing around what was a minuscule amount of food and … it … just … kept …. coming!  He fed all those thousands of people and ended up with more leftovers than He started with! God’s provision is abundant!

On another occasion Jesus and His disciples were in the countryside with 4000 men in addition to women and children. In a similar fashion he fed all of them from only seven loaves and a few small fish.  They ate until they were satisfied and had seven baskets of food leftover!

Do you not understand?

We know the stories; God’s provision is amazing.  But the conversation I want to zoom in on happens a few days later.  Jesus and His disciples were in a boat crossing the Sea of Galilee.  They had already gone to another town, had a run-in with some Pharisees, and now were headed back. Jesus wanted to warn them about the leaven of the Pharisees, but they were distracted. They had realized, to their horror, that they had forgotten to bring bread.  There was one loaf, but it was not nearly enough to feed all of them  They began discussing this and wondering how they would eat.  Sound familiar?  Listen to Jesus response:

“Why do you discuss the fact that you have no bread? Do you not yet see or understand? Do you have a hardened heart?  Having eyes, do you not see? And having ears, do you not hear? And do you not remember, when I broke the five loaves for the five thousand, how many baskets full of broken pieces you picked up?”

“When I broke the seven for the four thousand, how many large baskets full of broken pieces did you pick up?”

These 12 men had been walking with Jesus for over a year and had front row seats for many miracles, including these two where he provided food.  Yet, in the midst of the dilemma, they had forgotten that Jesus could provide the most basic of needs.  They forgot that they could place all their cares, needs, and burdens on Him and He would take care of it.

Jesus can provide for us too

What about us? If we know Jesus as Savior then we have personally experienced the greatest miracle of all — going from death to life!

And you were dead in your trespasses and sins, in which you formerly walked according to the course of this world, according to the prince of the power of the air, of the spirit that is now working in the sons of disobedience.  Among them we too all formerly lived in the lusts of our flesh, indulging the desires of the flesh and of the mind, and were by nature children of wrath, even as the rest. But God, being rich in mercy, because of His great love with which He loved us, even when we were dead in our transgressions, made us alive together with Christ (by grace you have been saved).  Ephesians 2:1-5

Salvation is our greatest need.  If God had seen fit to send His Son to suffer the wrath that we deserved, why would He not also provide for our other needs as well?  And not only does He promise to help us, He is able to help us.  God is absolutely able because he is perfectly wise, all-good, and all-powerful — you can read more about that in this post.

When we are waiting on God, trusting in Him to provide, we have to know that He CAN provide. He is completely and totally willing and able. 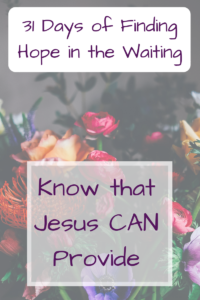 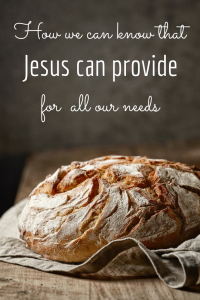