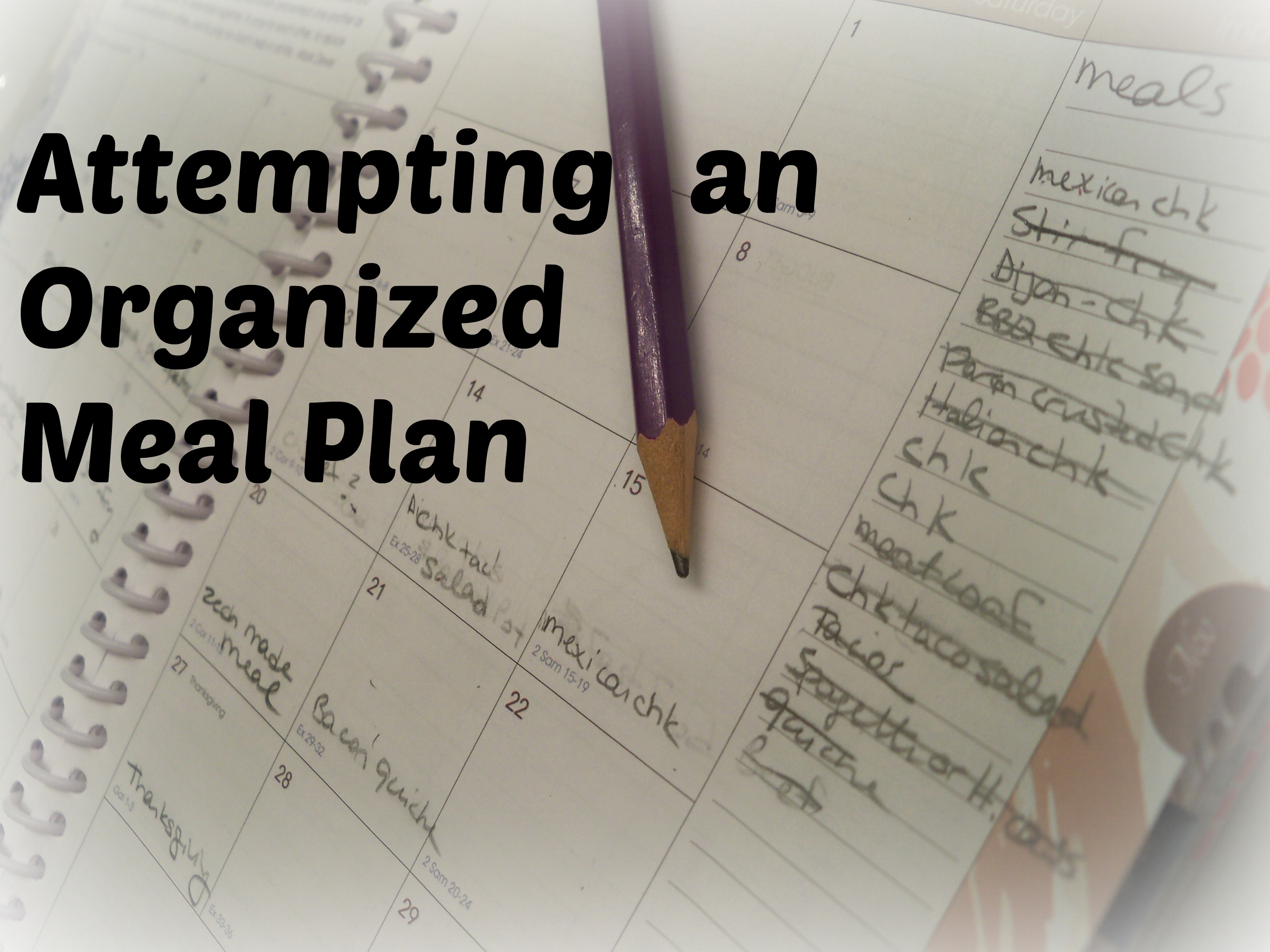 Update February 18, 2019:  Fast forward five years since I originally wrote this piece.  I still do a lot of the same meal prep as I was trying out at that time.  I still write out all my meals for the month and then pencil them into dates on the calendar.  I still buy meat in bulk and process it into gallon-sized Ziploc bags by the meal.  Some of the prices and portion-sizes have changed, but the overall system remains the same.  It is the best money and time-saving routine I have found to feed my hungry family of eight.

Figuring out and implementing daily meals is a regular battle in my house.  After a full morning of homeschooling and lunch duty, I’m ready to get on to other matters than need my attention.  The 1:30-3:30 time block is really my only free time to work on blogging and other non-school matters, but more often than not it has been necessary for me to use that time just to figure out what’s for dinner and prepare it.  After I decide what to make, I then have to defrost and prepare all the components so dinner can be on the table before five allowing us time to eat before we have to rush off to our evening engagements.  All of a sudden, my afternoon is gone!  This insanity must stop!  So I began a search for a better method, something which I talked about in my post on freezer meals.   I am trying to become more organized regarding daily meals by doing much of my dinner prep in advance.

Like normal, I bought a months worth of meat on Saturday from Sam’s Club, my local warehouse store. Shopping like this saves me from having to go to the store all the time thus saving me time and money. To feed my crew of eight, I typically buy three 6 to 7 pound trays of chicken breast tenderloins (I like that the chicken is already cut into manageable pieces) for about $2.18/lb.  I also pick up a ten pound roll of 90/10 ground chuck for about $3.50/lb. Then I typically pick up either a pork tenderloin or some other meat that is on sale.  For all this I spent approximately $80.

On Sunday, I divided the meat into meal sized portions. The amount of chicken necessary to satisfy my family in a typical meal is three pounds. I used to eyeball the amount and place the approximate portion in gallon-sized ziploc bags. But in order to make my prep time easier and more accurate I have purchased a kitchen scale to use at times like this. So I place ziplocs on the scale and fill.  I was able to get seven meals out of the chicken. I do the same for the beef, except we only need two pounds of beef per meal and it fits in a quart sized bag.

This time I did an extra step, however. I planned what I was going to do with the chicken!   I had previously 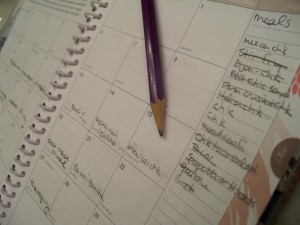 gone through my favorite cookbooks and found four marinades I wanted to use.  One for a stir-fry, a southwest, a BBQ, and a spicy Dijon that we’re going to try for the first time. It took just as long to pull out all the ingredients and mix four marinades as it does to make one.  I poured the marinades in the ziploc bags with the chicken and labeled it.  Now when I pull out the chicken to thaw two steps will already be completed — figuring out what to do with the meat and making/adding the marinade to the already thawed chicken. It is actually marinading as it thaws, thus also saving me time.  The other chicken will be used for non-marinaded recipes.  Two of the books that I got these recipes from are: Fix, Freeze, Feast and Not Your Mother’s Make-Ahead and Freeze Cookbook.  These have become favorites and are some of my “go-to” recipe books! 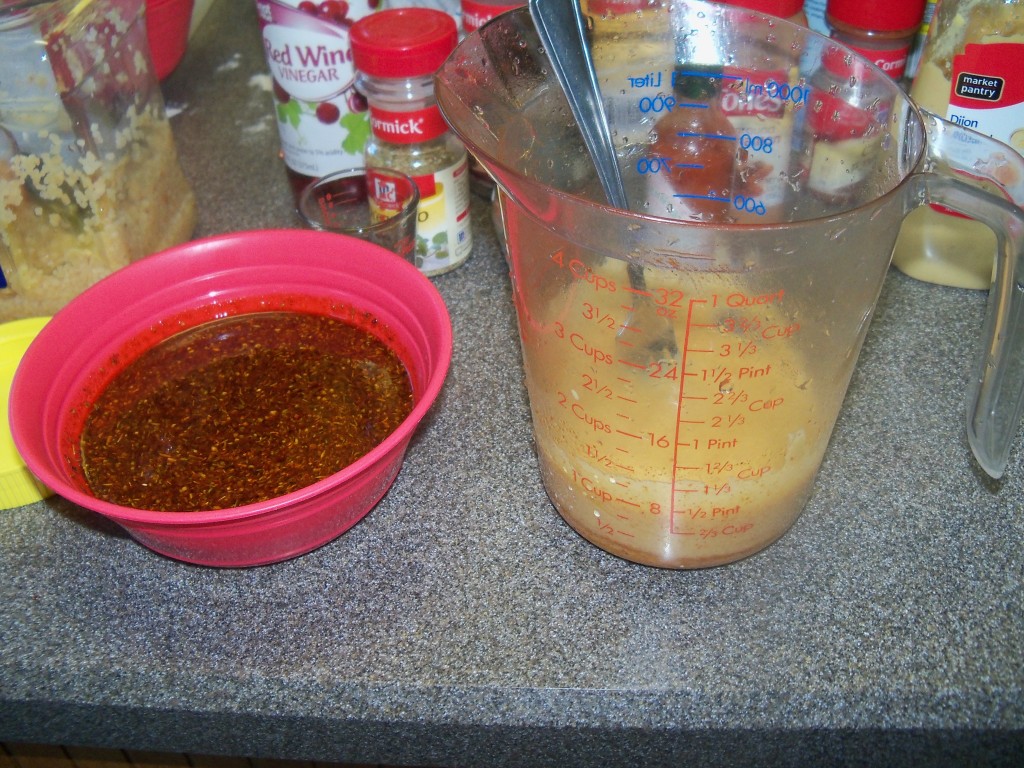 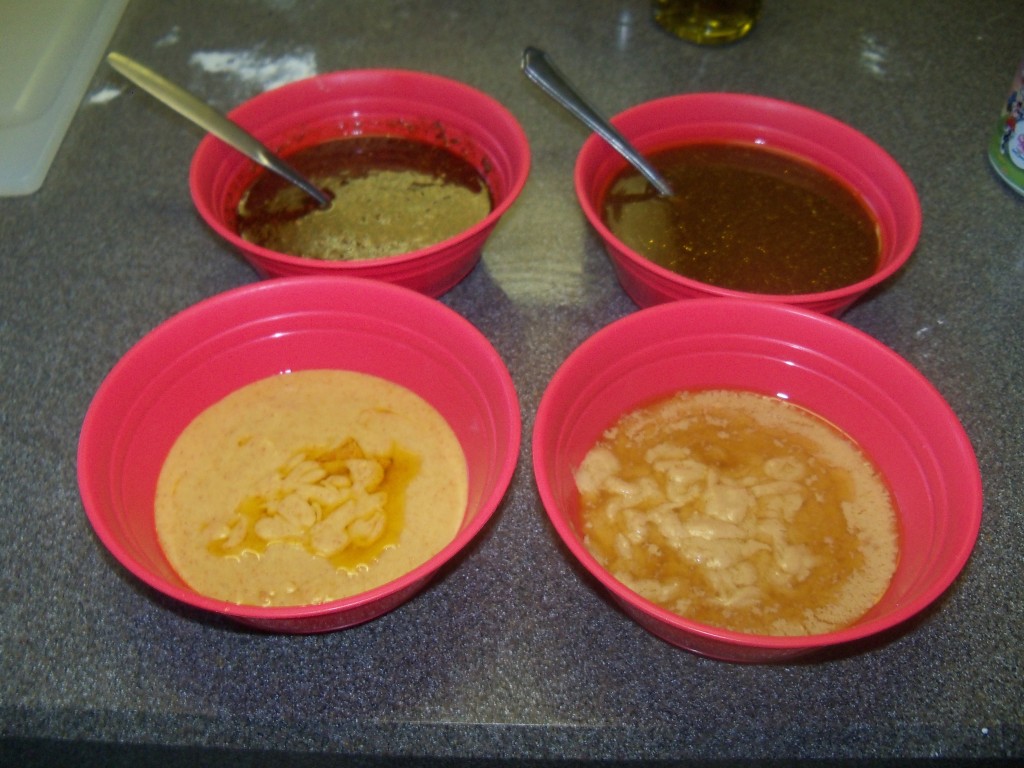 I wrote a list of all the meals I was planning to make with the prepared meat and then divided the list into days on my calendar.  It feels good to know what we’re eating every day this month.  Now that this is completed I’m hoping to utilize Sunday afternoons to prep all the veggies and other things I will need to go with each of the the weeks meals.  Let’s see how well I do!

How do you keep the insanity of meal prep at bay? 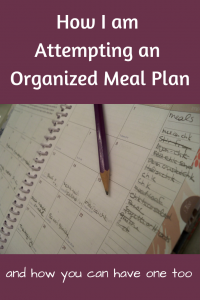